Suffering from Sleep Apnea or snoring?

You are not alone!

More than 12 million Americans have sleep apnea, according to the National Institutes of Health. More than half of those with obstructive sleep apnea are overweight.

Sleep apnea is a conditioned marked by pauses in breathing during sleep. A pause, called an apnea, can last between ten seconds to minutes. Pauses can occur five to thirty or more times per hour.

In cases of obstructive sleep apnea, a pause in breath is often followed by a choking, gasping or snoring sound as air passes through a narrowed or blocked airway. Not all snoring is caused by sleep apnea.

The risk of sleep apnea is higher among males, increases with age, and is more common in African Americans, Latinos and Pacific Islanders than Caucasians. Smoking and being overweight are also risk factors for sleep apnea.

Sleep apnea frequently goes undiagnosed because the person with the condition does not notice the signs while sleeping. A person with sleep apnea may wake up in the morning and not know that irregular breathing has occurred during the night.

A bed partner or family member may recognize sleep apnea. Those close to someone displaying chronic snoring and pauses in breath can help that person by encouraging him or her to see a doctor.

A physician through family history, medical examination and the result of sleep studies can diagnose sleep apnea.

There are a variety of treatment options available to someone with sleep apnea. A doctor can help a patient determine if lifestyle changes, dental appliances, a CPAP breathing device or surgery can effectively treat the causes of sleep apnea. 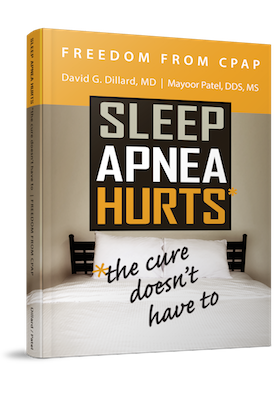